Amar G. Bose, the founder of Bose Corporation, died on Friday at his home in Wayland, Massachusetts at the age of 83.

His speakers were quite popular among normal consumers, but it was a love-it-or-hate-it affair for many audiophiles.

New York Times reported: “A perfectionist and a devotee of classical music, Dr. Bose was disappointed by the inferior sound of a high-priced stereo system he purchased when he was an M.I.T. engineering student in the 1950s. His interest in acoustic engineering piqued, he realized that 80 percent of the sound experienced in a concert hall was indirect, meaning that it bounced off walls and ceilings before reaching the audience.

“This realization, using basic concepts of physics, formed the basis of his research. In the early 1960s, Dr. Bose invented a new type of stereo speaker based on psychoacoustics, the study of sound perception. His design incorporated multiple small speakers aimed at the surrounding walls, rather than directly at the listener, to reflect the sound and, in essence, recreate the larger sound heard in concert halls. In 1964, at the urging of his mentor and adviser at M.I.T., Dr. Y. W. Lee, he founded his company to pursue long-term research in acoustics. The Bose Corporation initially pursued military contracts, but Dr. Bose’s vision was to produce a new generation of stereo speakers.
“Though his first speakers fell short of expectations, Dr. Bose kept at it. In 1968, he introduced the Bose 901 Direct/Reflecting speaker system, which became a best seller for more than 25 years and firmly entrenched Bose, based in Framingham, Mass., as a leader in a highly competitive audio components marketplace. Unlike conventional loudspeakers, which radiated sound only forward, the 901s used a blend of direct and reflected sound.” 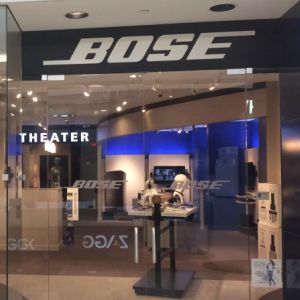