PMC streamlines its range of speakers

PMC is streamlining its range of products and by next month, production of the PMC OB1i and PB1i will stop.

PMC’s Head of Sales Mike Picanza, who was at AV Designs in Kuala Lumpur on Wednesday, said the fact.12, which was designed by Oliver, the 24-year-old son of PMC owner/founder Peter Thomas, is supposed to be the slim version of the IB2i.

I had told him that I liked the IB2i which I had reviewed some time ago, but the wife hated its big and bulky looks.

“You’re not the first one to say that. And that’s why we designed the fact.12 to sound like the IB2i and be visually pleasant so that wives would love the speakers,” he said.

In a short presentation, Mike revealed the improvements in the SE versions of the Classic range.

The internal bracing of the speaker cabinets has been improved to lower the box resonance for a cleaner sound. A brace at the top of the speaker where the vent of the transmission line is resulted in improved bass performance, Mike said.

The new stands give the SE speakers a very modern look and though the changes to the SE series are mostly internal such as better bracing, they now look like they would have a shelf-life that can last for the rest of the new millennium.

A new dispersion flange cut from a solid aluminium billet for the dome midrange and an improved waveform guide for the treble unit complete the SE package.

Mike also revealed that Peter has bought a heritage mansion in Biggleswade in Bedfordshire 32km north of Luton, where PMC is currently based. Some time next year PMC will shift its plant and office to the new premises which will have an anechoic chamber and dedicated rooms for stereo and AV.

He also revealed that PMC are now making their own Class D amps to power the active twotwo range of professional speakers comprising the twotwo.5, twotwo.6 and twotwo.8.

PMC will also be preparing a special programme for the Kuala Lumpur International AV Show next year. 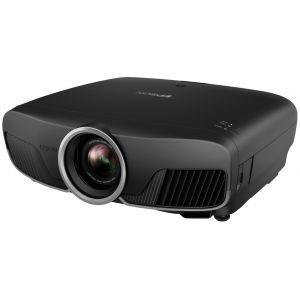 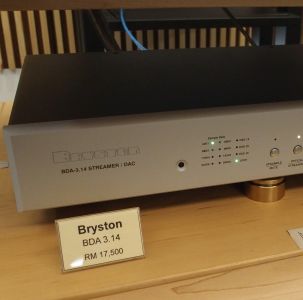