Coax vs Toslink vs AES-EBU Pt 1

Recently it dawned on me that I could actually do a shootout between the coaxial, Toslink and AES-EBU cables and end once and for all the debate over which connection is the best.

This occurred when I was fixing the van den Hul Digicoupler to the system and I suddenly saw that the Roksan Caspian M1 CD player had three digital outputs – coax, Toslink and AES-EBU – and the Wyred4Sound DAC2 also had inputs for these three connections. It was a “Why didn”t I see this before?” kind of moment.

It is not often that you will find a CD player with these three digital outputs – usually it would have a coax or a coax and Toslink outputs. And not every DAC offers these three inputs.

To level the playing field, I opted to use cables from one brand since cables often have a “house” sound. Since the van den Hul Optocoupler, a glass Toslink, sounded neutral, clean and clear, I decided to use only van den Hul cables for the shootout. I ended up with a van den Hul Digicoupler and a 110 Ohm Professional AES-EBU cable with Neutrik connectors.

With all three cables in place, it was only a matter of switching inputs on the DAC to find out which sounded the best.

Before I started out, I thought the AES-EBU would win hands down…but I shall elaborate later. And I thought the Toslink would fare badly from the moment I pressed the “Play” button. Bear in mind, I spent many days playing the same CDs and the same songs over and over again.

This shootout turned out to be surprising because…I could not make up my mind which connection was the best.

Coax: Sometimes I felt music through this connection had more tonal colours, but were they in fact colourations? I don”t know.

Toslink: Sometimes I felt this sounded more neutral than the coax, but was it better? Or worse? I was not sure.

AES-EBU: There were surprising results from this connection. The sound was more spacious with the instruments and singers spread out in a wider and deeper soundstage BUT the tonal balance became brighter with a “thinning” of the bass region. The result was a very huge soundstage, but vocals lost the texture and resonance of chestiness. This was more evident when singers had deep and rich voices such as Cassandra Wilson and Salena Jones. The large soundstage benefitted songs with chorus singers such as Susan Boyle”s Amazing Grace, How Great Thou Art and Silent Night. Orchestral music also sounded better through this connection. But was it the best? I could not decide.

In desperation, I had to ask for help. I called my audiophile buddy Willy Low for reinforcements and that will be the subject of the next post. 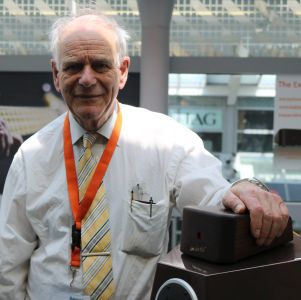 elhefe, Your statement is correct, but only applies to systems that are fully balanced in topology from source to amp. There are many hifi equipments offering pseudo balanced feature, because only the input or output jack, or partial of the internal audio circuitry is balanced. In SF Lam's case, it wouldn'y matter because his system components are NOT fully balanced, as in the case of the Lamm pre amp. Hence his findings, which are very valid, for most non-balanced systems.

Your statement is correct, but only applies to systems that are fully balanced in topology from source to amp.

There are many hifi equipments offering pseudo balanced feature, because only the input or output jack, or partial of the internal audio circuitry is balanced.

In SF Lam’s case, it wouldn’y matter because his system components are NOT fully balanced, as in the case of the Lamm pre amp.

Hence his findings, which are very valid, for most non-balanced systems.

tx for your comment. the problem is the lamm preamp has only single-ended outputs. however, the preamp is very revealing. the part two results will be surprising.

If your DAC and amp have balanced XLR connection, try use that as well while feeding the DAC via the AES-EBU. I did the same test like what you did here, and only got the most satisfying result when I connect the CDP, DAC and amp in a fully balanced chain. I find having the full balanced chain from CDP to DAC to amp using XLR cables, produced a wider and spacious sound. It can be harsh at times compared to coaxial.