During the talk on vinyl at Centre Circle recently, well-known audiophile Danon Han said his friend had sold 5,000 master tapes (from the good old reel-to-reel recorders used in studios) to HDtracks which are now being converted into hi-res digital files for paid downloads.

One day a few weeks ago, I was visiting the HDtracks website when I spotted John Coltrane’s Lush Life (Rudy Van Gelder Remaster) which was available in 24bit 44.1kHz download. Why wasn’t it in higher sampling rate? I do not know.

The Coltrane album could be from the master tape collection previously owned by Danon’s friend. Since I already have an audiophile LP of the same album in 180gm vinyl, I decided to purchase the download.

Soon, it was just a matter of switching inputs to compare the two. Bear in mind, this recording was made from the spring of 1957 to the winter of 1958, and obviously the equipment was all analogue plus I am sure there were a few valve amps used in the recording/editing process.

HDtracks hired the original recording and remastering engineer Rudy Van Gelder to work on the digital conversion. The stronger bass that I heard from the HDtracks version must have been due to remastering.

After hearing the analogue and digital versions several times, I called three other audiophiles to my house to have a listening session. One of the three is a fanatical music lover who owns more than 20,000 (someone told me it’s closer to 30,000, but nobody is sure and I think the person himself is not sure of the exact number) CDs and LPs, mono recordings, box sets and exotic pressings.

So I played the LP on my humble souped-up Rega Planar 3 with RB250 tonearm, Michael Lim’s underslung counterweight, Benz Glider cartridge and Creek phono preamp while the digital file was played from a Lenovo laptop via a Furutech USB cable to the Wyred4Sound DAC2. Preamp was the Lamm LL2 Deluxe, power amp was the Bryston 4B SST and the speakers were the ATC SCM40. Cables were from WyWires and Kimber. My entire system costs less than what some of the top audiophiles in Malaysia spend on, say, a high-end preamp. But many audiophiles have heard all sorts of shootouts with the system.

I played the LP and the HDtracks file simultaneously and I switched the inputs several times (often at the request of the listeners) so that they could compare the two sources seamlessly.

The conclusion was surprising – they all thought the HDtracks digital version of Coltrane’s Lush Life sounded “good” and was “very close” to the vinyl version and it was difficult to tell them apart if not for the occasional click and pop when playing vinyl.

However, they felt that the digital version was forward sounding and seemed “aggressive” while the LP version sounded relaxed, more laidback and enjoyable.

The digital file had ‘harder’ leading edges and the saxophone and trumpet sounded a bit ‘harder’. As I mentioned earlier, the stronger bass was probably due to remastering.

The analogue tracks, however, win hands down on factors that cannot be quantified – fluidity and ‘organicness’. It was much easier to get into the mood of moving with the rhythm and flow of the music when I spun the vinyl.

I could live with both versions and the question of which version I would play would depend on mood and convenience. If I have lots of time to spare, to proceed with the ‘ritual’ of taking out the LP from the sleeve carefully, placing it on the turntable, cleaning the stylus, placing the tonearm over the lead-in grooves and then lowering the tonearm, then I would play the LP.

In conclusion, digital music can never be the same as analogue music. No matter how many thousands of times per second you chop up natural music – 44,100 times a second or even 384,000 times a second – you still have to reconstruct the waveform and it will still be stepped even at the highest available resolution. That difference between a stepped waveform and a perfectly smooth natural one is – IMHO – the factor that gives analogue music that fluid and organic characteristic. Analogue music sounds, well, natural. To create a smooth waveform from a stepped waveform DACs use interpolation algorithms to make up approximate data points to essentially join all the jagged edges together in a line. In the end, this creates a waveform that is approximately similar to the original analogue waveform. I think there is still a difference between a natural perfectly smooth waveform and a recreated version of it – this results in (albeit smaller and smaller) differences in sound quality that many audiophiles have noticed.

Those designing Analogue-to-Digital and Digital-to-Analogue converters can only hope to take the format as close as possible to analogue, natural music. If analogue music is represented by a number, say, 100, then digital music can only reach 99.9999…. 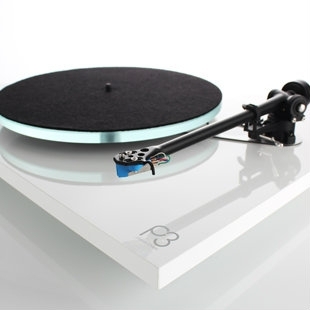 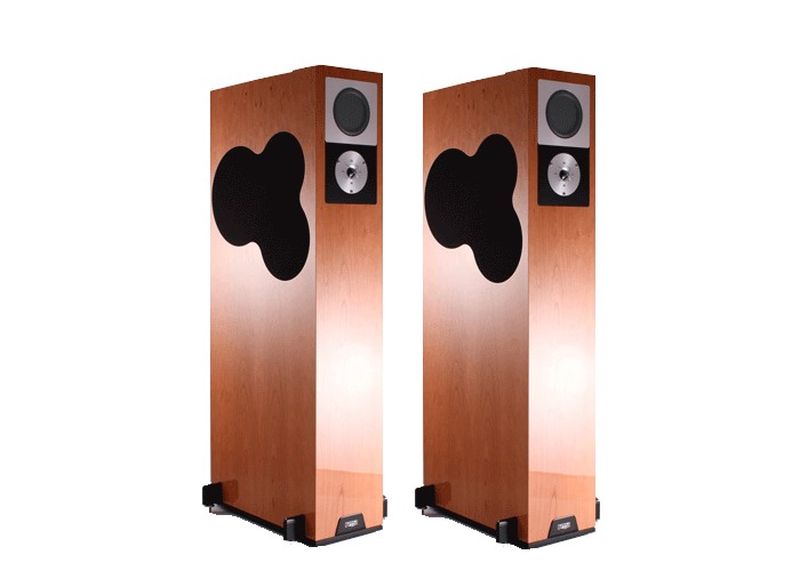 hi chris, i have now calibrated my rega planar 3 to spin at (almost) the correct speed. plse read http://www.av2day.com/2014/12/tweaking-the-rega-to-spin-at-the-right-speed/ i shall continue to use it as my reference till i can make enough money to buy a techdas air force one. sigh...this is impossible, but it's nice to dream... tq sflam

i have now calibrated my rega planar 3 to spin at (almost) the correct speed. plse read http://www.av2day.com/2014/12/tweaking-the-rega-to-spin-at-the-right-speed/

i shall continue to use it as my reference till i can make enough money to buy a techdas air force one. sigh…this is impossible, but it’s nice to dream…

I agree with you, count me in and I will bring my custom built pc too.

Lam, I understand that currently you are using jriver 19, did you try jriver 20? Jriver 20 sounds better with my system. Also, you may want to try hq player too.

The so called jagged waveform is non existent. There is no such thing as stair steps wave. It is a wrong representation of digital waveform while attempting to draw the waveform by connecting the points of sampling.

lam,
i think to prevent controversies, you should have said my rega planar 3 sounds better than digital file playback using lenovo i5 notebook with jriver mc.
i and many others (i believe) would accept that statement. rather than analogue sounds better than digital.
last year i brought my custom built pc to audition with rega dac. i found that i like the sounds of my custom built pc with rega dac much better than the new rega rp5 which is on demo. it is not a fair comparison because he don’t the same songs on record.
you have many songs on both analogue and digital format. if you like to listen to my custom built pc with your dac in your place just email me. we can arrange the time.

later on, i also wrote: “To create a smooth waveform from a stepped waveform DACs use interpolation algorithms to make up approximate data points to essentially join all the jagged edges together in a line. In the end, this creates a waveform that is approximately similar to the original analogue waveform. ”

interpolation algorithms are used to create a smooth waveform from the inherently jagged digital waveform. while scientists and mathematicians argue that it is possible to replicate the exact original analogue waveform from digital data, audiophiles – being the peculiar breed of people they are – disagree. audiophiles say music from digital sources sound different. many claim music from analogue sources sound better.

thus this debate over whether digital can sound the same or better than analogue has been going on for the past 30 years.

“In conclusion, digital music can never be the same as analogue music. No matter how many thousands of times per second you chop up natural music – 44,100 times a second or even 384,000 times a second – you still have to reconstruct the waveform and it will still be stepped even at the highest available resolution”

This is obviously not true. It has been proven that you can recreate the exact analog signal with an any modern ADC that support at least 16bits and 44.1kHz sampling rate. The differences you are referring to are inherited in the vinyl format and they have got nothing to do with sampling or bit depth.

have a look at this:

All digital equipment manufactures have implemented that thoram in the last 40 years.

While the subject matter has been milked to bits, Lam somehow still manages to find some eager beavers to mingle and tango with!

I am disagree with your final conclusion made based on the unfair comparison between analog and digital sources. Although you are using the same preamp, amp and speaker, but don’t forget that both your analog setup and digital setup might not a the best to show all their potential of both sources.

In my view there’s no point to argue which format is better because at the “optimised” setup both digital and analogue will sound at its best should be very similar. And most of the differences you have observed might be due to the other external factor other than the format of the source itself, such as playback devices, interconnector, power cable, dac, phono amp, and not to forget vibration control etc….

The only fair conclusion from this is there are “differences” in the analogue and digital playback equipments and the way you set it up.

i kinda agree with Chris…compare apples with apples

I believe you are missing the point . There is nothing wrong if anyone or the whole world likes the sound of a turntable spinning faster . Or if everyone buys a particular make . It is personal taste , like food . But , when a reviewer , is doing a comparison or “shootout” , in my humble opinion , a turntable that spins with a correct speed should be used .How can a result be accepted when , in the first place , the speed is out ?

it is well known that regas tend to run faster – around 33 2/3 instead of 33 1/3 rpm. whether this is intentional or not, i do not know. but Rega has a huge following of fans and all of them cannot be wrong when they say they like the sound of the Rega turntable.
and if you read http://www.av2day.com/2014/10/informal-talk-on-vinyl/ you will find out that in his student days in UK, danon’s CD-based mark levinson system sounded worse than his friend’s rega turntable-based budget system.

Wonder how Chris knew that your LP player spun a little bit faster, or he assumed that all Rega ran faster?

If it is faster, then it should be less natural instead?

i received this in my personal e-mail:

My humble opinion is such , you cannot compare analogue to digital or compare anything if your turntable is spinning faster . Pls remember the ORIGINAL playback speed of recorded analogue is referenced at 33 1/3 or 45 rpm . Anything spun faster is coloured . That’s why I never use a turntable that spins faster . Do you want your clock to be faster ? Or your car tuning be faster ? Why would you , as a reviewer reference on something than has the wrong playback speed ? Love listening to a “speedier” song ? Try a JC Verdier ….Live your Dreams !