Want mono blocks that output 250 W/channel that is well built, looks good, and sounds even better than it should be, given that it only cost a little over RM$7k?

And one that has balanced(XLR) input some more! Now if this is already floating your hifi lust boat, then take a very, very close look, and hear what the Audiolab 8200MB has to offer. I first heard them in the 2013 KLIAV show, where they were on demo with some Proac speakers. Those shoe box sized mono blocks sounded really impressive at the time. I remember many a times I did enquire about them from CMY Audio & Visual, but they always either had no stock, sold out or it was the last pair which they prefer to reserve for showroom demo. I very nearly gave up on the idea of reviewing them 8200 MBs, until recently when I was in CMY’s Sungei Wang showroom, and John offered a pair for a spin. I was kinda busy, and it was nearly Chinese New Year holidays by then, but what the heck! It was the illusionary Audiolab 8200MBs we’re talking about here! I cancelled some of my CNY plans and happily took them puppies home. 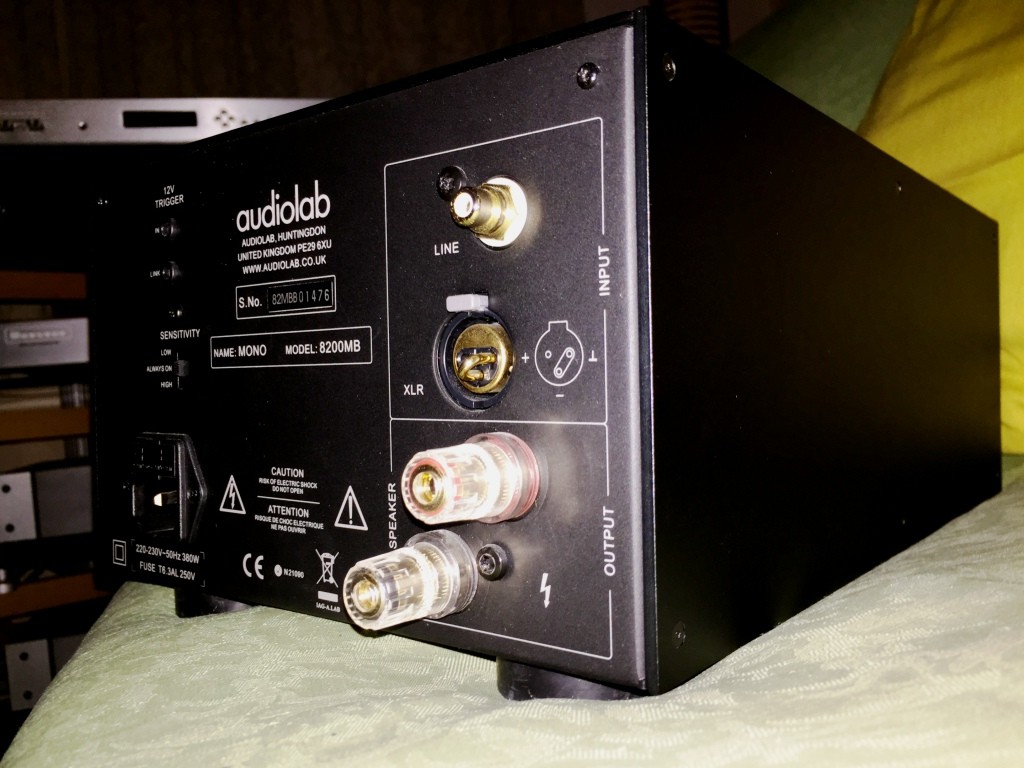 Once home I plugged the mono blocks straight in to my system, powering my resident pair of PMC IB2i speakers, while getting it’s signal via pseudo XLR input(the 8200 offers RCA input too, but the amplifier circuit inside is not balanced). The amps came with a U-shaped shorting pin(to be removed if using XLR) to short the balanced input, if your prefered input hook up is RCA cable. Each mono block features only a pair of speaker output. I had no opportunity to try 2 pairs of 8200MBs in bi-amping config, but can imaging how great they could be. But wait, afterall, I could only be imagining things right? I haven’t told you how they sound like just yet! It sometimes pays to be patient, read on!

With a gain factor of 29dbs, the Audiolab has enough push to drive even the most demanding speakers in the market. With the 8200MB in the system, the very first thing I noticed when hitting the “play” button on my CD player, is that music sounded louder instantly. I constantly found my self pushing back the volume dial on my pre-amp, from my usual listening volume setting. Loudness however, did not mean harshness, or noisier. The Audiolab was actually pretty noise free, with reasonably low white hash in the back ground. To put things into perspective, power amps from Pass Labs, Mark Levinson or even Bryston offers much further reduction in noise floor levels. For the money and market intents, the Audiolab pair has certainly hit way above average in this regards. I found the 8200MBs open and smooth enough on the top end with what some say just the right amount of “air”. The mids are typically British, solid and rounded with a robust tone. The bass is at once punchy and articulate, though somehow seemingly diving down to just shy of the last octave that the above 3 mention higher end branded amps do. The Audiolab is tonally neutral, with just a tad of mid range bump, for that effective vocal projection when it comes to imaging slightly infront of the rest of the sound stage, which is room busting huge, and life like scaling.

Gone are the days when Audiolab amps had a slightly sterile quality in it’s musical presentation. I found my self foot tapping to it’s ability to drive and project music in a more up beat level. There’s never a dull moment when the Audiolab was in my system. I listened to all kinds of music during it’s stay here and never found any genre particularly wanting. the Audiolab will project a big, laid back and layered sound stage with Classical music, a closer and imeadiate stage setting with Jazz, and a slightly forward, yet propulsive quality with Rock. For the audiophile favorite of girl and guitar? Nope I have not been there nor done that for some time. I think my last girl and guitar listening session was Sara K’s “Don’t I Know You From Somewhere?” CD. Yeah, she’s especially good in her Stockfish recordings. I didn’t recall liking her so much in her Chesky days. Sorry I digressed, but one cannot exclude music from Hi-Fi. One can still live with music without hifi though. Ok, let’s get back to the Audiolab 8200MBs. My review sample pair came in brushed aluminium black, and looks very solidly built, despite the beer budget pricing. It sounds more than superb at any price, and can run with amps a few rungs further up in the high end circle(or is it circus now days?). At this point, one must ask one self, what’s not to like? The only thing I found was that the Audiolab was just not digging as deep in to the music mix for some of the finer details that those big boy amps mentioned above does(that sin of ommision I can live with). The caveat here is that the rest of my system is from a few rungs up in the high end dom, and it was probably revealing the limits of the Audiolab 8200MBs. In any mid range to most high end systems(except for the luxury class hifi), the Audiolab will fit in without making a fool of it self. You’s be an entry level phool if you do not consider this Audiolab pair of mono blocks when setting up a Hi-Fi system with high sonic aspirations, because this pair of mono block will take you all the way in to high end dome trajectory, before you’d even consider saying good bye to it. It’s a long term keeper, that’s what it is!

And really, if you’ve already got a pair of these puppies, and you pre-amp supports a second output(no Y splitters please!), plus if your speakers have more than a pair of input terminals, I must insist that you try to fully utilise your present system by adding a second pair of Audiolab 8200MB for bi-amp purpose, and hear your system sonic peroformance take off! Don’t even consider changing your Audiolab 8200MB to something higher end, until you’ve tried what I suggested. I dare and insist that you to do so! 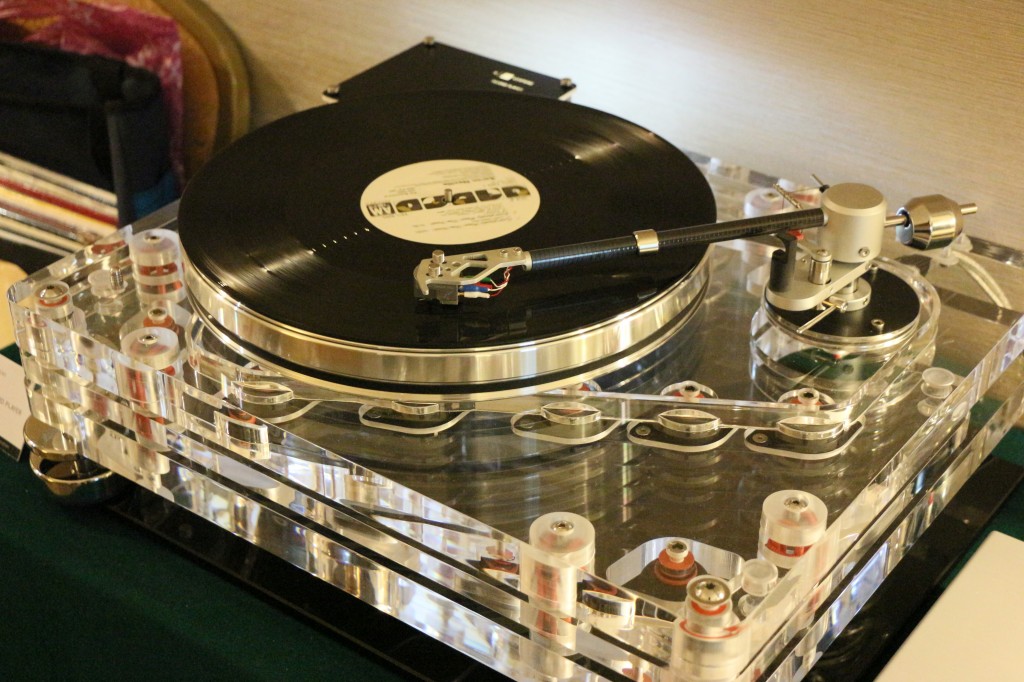 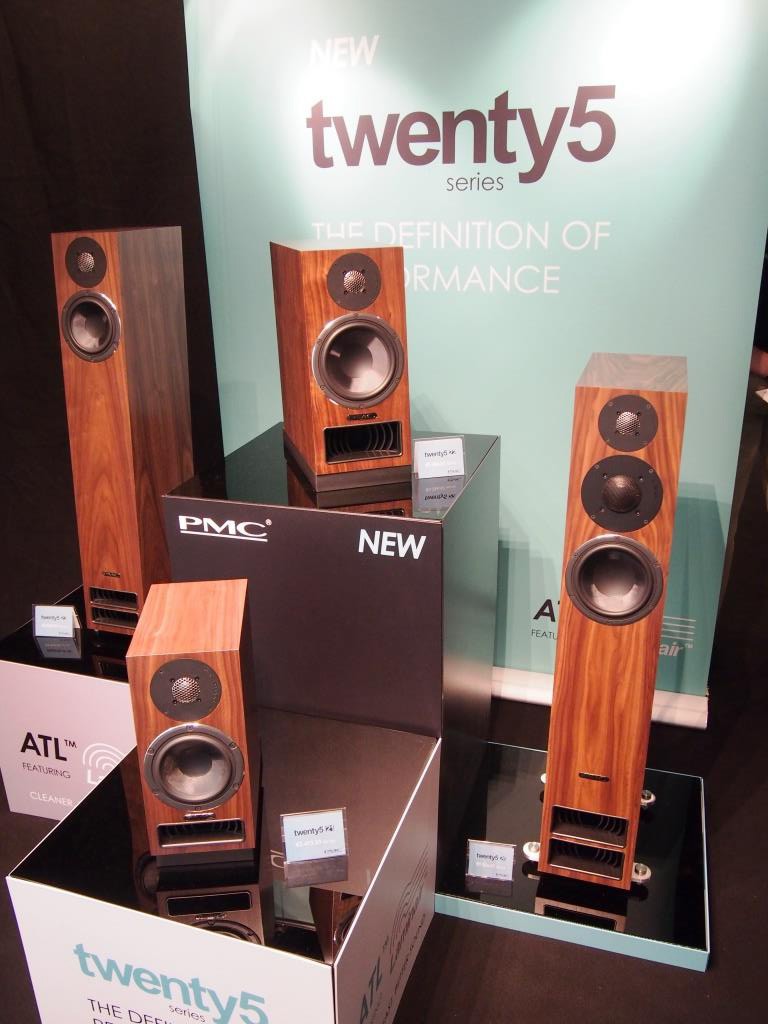 Great review. Looking at grabbing a pair of these to pair with my Wharfedale Jades.

Great review. Looking at grabbing a pair of these to pair with my Wharfedale Jades.