JL Audio makes the Best sub woofers, for those in the know, be it mobile audio, or home theatre buffs. The JL Audio Fathom series garnered such world wide acclaim that any world class ambition HT installation would need at least one or a pair of those. However, being the best, also comes with a mighty high price. JL Audio does make some of the more affordable, less glamorous models like the E- Series & the latest entry model Dominion as reviewed here. The question is, being the most junior model in the range, how much JL goodness can still be had for about a quarter of the Fathom F112v2 price?

For those in the know, sub woofer performance is guided by a few simple design parameters. Woofer size, box size, ported or sealed box, and finally plate amp power rating. We know that woofer size dictates how low, in terms of frequency response a giving sub will go, and how much air volume the woofer cone surface will move. This dictates the rumble quality and trouser flapping abilities. Now if only it was this simple? Of course not, like all things audio, the performance level of a sub woofer is also dictated by the box that the woofer driver resides. Physically, once the choice of sub woofer driver size confirmed, i.e. the bigger the woofer, the bigger the box, again however thing get only more complicated from here onward. The box material, bracing design for rigidity, and lastly sealed or ported configuration, requires complex mathematical simulations, starting with the most basic factor of Thiele Small Parameters. As any car audio enthusiast will know, all the above box design factor will make or break a sub woofer’s performance levels, depending on a series of mathematical simulations & design compromises, no matter which sub woofer driver is selected. Next come the choice of power to send to the sub woofer’s drive motor. The more power, the better. There is no such thing as too much power for a sub woofer, question is how to control the power to get the most linear bass performance down to the lowest possible frequency capable by the sub woofer physical limits, and budgetary considerations(if the product has to fit a certain price point).

We know JL Audio Fathom Series as the ultimate sub woofer for those with no budgetary considerations what so ever! So that leaves space for the other 90% of the market to other brands. JL Audio wants back some of those action, and with it comes the E-Series and now the latest Dominion or D-Series, which Ah Wai, the boss of Dream Audio says not good enough for his high standards of HT custom installs. My argument is that the product must still mean something to wear the JL Audio brand. Does the Dominion deserve the all JL Audio Heritage behind it?

Let’s find out. As it is Ah Wai agreed to let me take home the JL Audio Dominion for a full review. Like all JL Audio products, the sub arrived packed in double corrugated box for extra protection. Priced a just about RM$7k/unit, the Dominion felt pretty light weight for a 10 inch long throw sub woofer, in a small sealed box design. The whole box measuring about just a little over 11 inches all round the four corners finished in black ash. When placed in to the usual sub woofer spot in my HT system, the compact box just looked lost in the mix of other boxes. WAF(Wife Acceptance Factor) is first rate for this compact little woof, woof box.

As I tie in the connections, re-adjust the gain level, phase(variable, not just ON or OFF), and low pass frequency, with a few familiar test movies, and I am set to go! I am some what a little bothered about that lightness of the whole package, and that will probably be the single only Achilles heel of the Dominion sub woofer.

However a heavy sub woofer doesn’t automatically mean good performance either, so let’s dive in to the JL Audio experience on the cheap. The first movie I let in was Battleship. Sub woofer test doesn’t come any better with the 18 inch main guns mounted on board the USS Missouri battleship, or the mayhem of explosions from the weapons released from the alien space crafts.  Now one funny thing baffles me on this movie, if the aliens are so advanced with their space crafts having travelled all the way from another planet or star system, become so in efficient on earth that they have to hop around on the ocean’s surface? But otherwise, how do you tie it up to the board game called Battleship? Which requires ships to be map by coordinated points(much like our GPS longitude & latitude) on the board which represents the ocean.

From the first battle scene which an explosion sank the USS Sampson, the JL Dominion set the bar high. I was impressed by the impact of slam, and how deep down the 10 inch sub dived. In comparison, my resident SVS PB12-NSD could never quite match the impact and go as low as the JL Audio Dominion. Again to be fair, the SVS is about half the price of the JL Audio. If war/action movies are your movie staple diet, the JL Dominion will always impress. I played Pacific Rim(remember the Robot suit VS alien monsters movie?), 13 Hours & San Andreas. The last movie, which stars The Rock gave the JL Dominion’s 10 inch long throw driver plenty of work out, resulting in not only trouser flapping, but also floor & sofa shaking experience! Now talk about an earth quake realistic performance, the JL Dominion is mighty convincing. Upon announcing the JL Audio’s arrival to my HT set up, some concerned dealers drop by to experience the Dominion for themselves. All of them left feeling very impressed and some what worried that their sub woofer product is going up against this level of 10 inch performance. Truth be said, most of their products are cheaper too.

During it’s time in my AV system, the JL Audio impressed me movie after movie. It then dawned on me that with the Dominion sub woofer, it’s not about how much of the Fathom experience diluted left, rather it’s about making the first step in to the awesome bass quality world of JL Audio. Now as I mentioned about probably the only single Achilles heel of the JL Dominion. The whole box is so rather light weight, even if quite solidly built. In every bass intensive movie session, I would find the JL Dominion moved around quite a bit from the initial position. Yes, the long throw driver would move with such intensity, that the whole sub woofer box would dance around, literally during the movie! Now if I would buy the JL Audio Dominion, I would proceed to put something really heavy on top of the sub woofer to keep it anchored to the ground.

I asked an audio distributor why didn’t JL Audio just  put a heavy plate inside to box to solve the dancing around problem, he answered, shipping cost!. Sub woofers cost a lot to ship, especially heavy ones, which sometimes cost more to ship than it cost to make! So in practice, JL Audio was trying to save shipping cost to keep the price down, not cutting corners. Otherwise, I have no complains with this excellent sub woofer what so ever. Would I buy one? Hell yeah! but wait, just as I was writing this review, Ah Wai called and offered me to play with the JL Audio E-Series sub! So watch out, it’s coming soon! 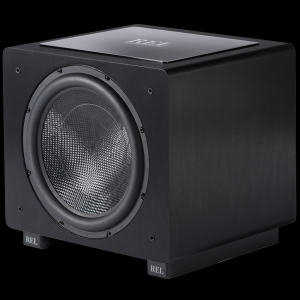 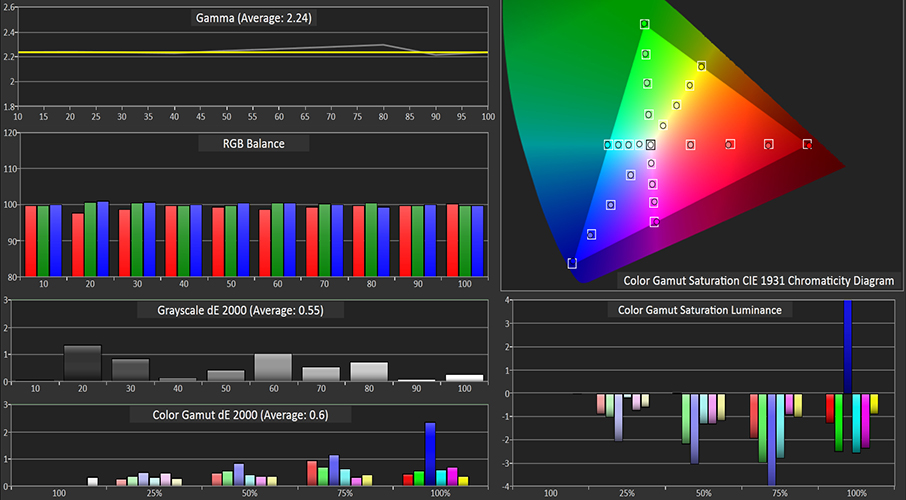 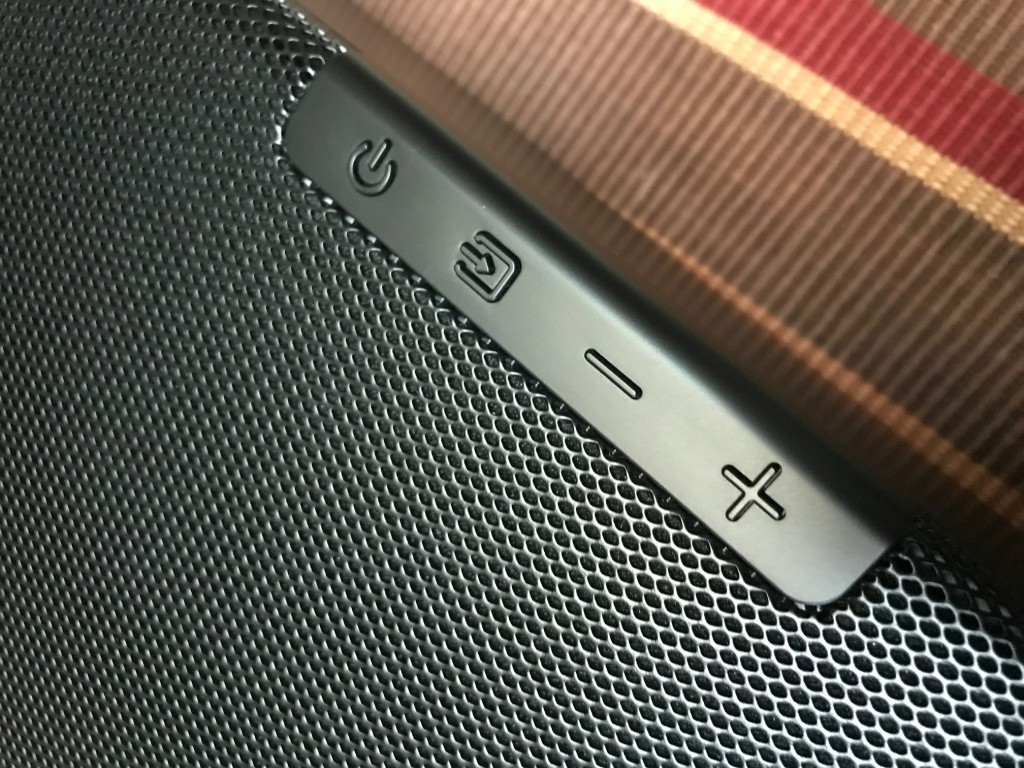