I reviewed about the ATI 6002 Signature power amp just a few months ago. I was mighty impressed by it’s powerful presentation of 2 x 350W in musical terms. It transformed my sound staging quality and scale to life like size(compared to my past bi-amp set up using 2 units of Magnet Hyperion Reference One was truly larger than life!). The only gripe that I had with it was wishing it could just be somewhat smoother on the top end, a.k.a. high frequency reproduction. As an amplifier designed to play loud in a multi channel HT environment, the ATI was actually pretty good at stereo reproduction of music too. After I returned the unit to Audio Art, I requested if they had a 4 channel unit for me to try? Audio Art replied that it was not in stock and there is a unit in the next batch of ATI amps en-route shipping from the US of A. I waited patiently while I kept myself busy on other fronts(like photography for instance).

One fine day after Chinese New Year, David of Audio Art called, and asked if I am ready to receive the ATI 6004 Signature? Hell yeah! The ATI 6004 Signature showed up the next day, in the same looking packaging as the previous 6002 unit, but felt somewhat just a little bit heavier to carry up to my man cave in the first floor. I un-boxed the amp and everything looked just the same as the ATI 6002 Signature, as it should, except the back panel that came with 2 extra pairs of input & speaker terminals. As you may recall, the ATI 600X Signature series are built from modular amp boards, designed to be slotted in to one amp chassis between 2 and 7 channels to suit HT system configurations. I choose to try the ATI 6004 Signature as a 4 channel bi-amp system for my stereo playback. Music is the goal here, not movies. I have no doubt at all about recommending these monster boxes for HT use. The thing I love about this ATI 6004 signature over my regular Magnet Hyperion Reference One pair bi-amp set up is the simplicity that is offered by a single box containing all 4 channels to feed my insatiable power appetite required by the pair of  PMC IB2i speakers. Feed them more power, they won’t go much louder, but the better they sound! This is kinda like the reverse effects of The Loudness War! 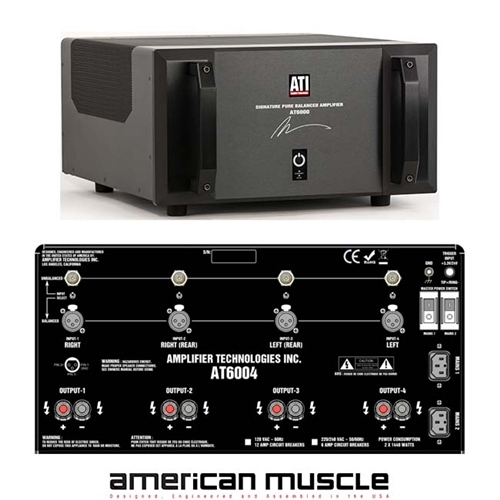 The ATI 6004 Signature looks & feels exactly the same as all the other models in the series, take a peek through the breathing mesh on the top panel, and story looks very different. The view from the top looks more filled up inside with more channels in the box. Also the more channel means a busier back panel with more inputs & speakers terminals. Regardless if it’s 2 or 7 chanels, the ATI still requires 2 power cord to feed the amp! I proceeded to hook up the amp using 2 channels for my L & R dome mid range and tweeter, and the remaining 2 channels to power the L & R 10 inch Volt pistonic woofer in the IB2i speakers. I run 2 pairs of 5 meter XLR interconnects between my Pass Labs X-0.2 pre amp and the ATI power amp.

Now with only 2 boxes in facing me with the pair of speakers, my exercise to de-clutter my man cave looks pretty good. I pray to god that it sounds good too! From the first song onward, I felt the ATI 6004 Signature was a much more refined beast, compared to the 6002 unit tested earlier. I am not sure why, perhaps the way the speakers load a 2 channel amp and a 4 channel amp, using the same power supply makes the difference here? Or the way the same power supply saturates a 2 channel amp against a 4 channel amp is a key factor here? My guess is possibly a little bit of both? Now the highs are buttery smooth as rendered by the recording in playback, or can be just very slightly HOT as a recording dictates. I see this as an accuracy with the way the ATI 6004 Signature reproduces music. The mid range and bass is however, more consistent in character as dictated by recording during playback. The mid range reproduces thick, full bodied male vocals much like most tube amps can, and will also give sultry female vocal performance when the recording calls for it. The bass power is strong with this one, but never as hard hitting as the 2 channel version, which will be a blessing for some, while bass head bangers will be missing it. For me it’s a good thing, because this way the kick drums are set back much deeper in to the sound stage, creating a more accurate impression of depth. Sound wise, the kick drums is less intrusive to the overall presentation of the musical score(unless one is playing rap and club music all the time at dance floor level volume). While the bass is not as hard hitting, the trade off actually gave acoustic bass lines and drum skins a more organic(realistic) flavor. Otherwise, the bass dives just as deep, and transients just as quick as the ATI 6002 Signature.

While the ATI 6002 was strictly honest musical character might not be a good thing to most flawed pop/rock recordings,the more euphonious 4 channel version will provide some sympathetic relief for such musical source. I still won’t put the ATI 6004 Signature in the “warm” category of tonal colour, but rather maintained it’s neutrality with a twist of warmth. This slight warmness also made classical musical and jazz that bit enjoyable. The violins and most wooden body classical instruments are given more wooden warmth in it’s tonal presentation, balancing with the string’s striking accuracy. I played Dovrak’s Symphony No.9 The New World, conducted by Nikolaus Harnoncourt, performed with the Royal Concertgebouw Orchestra. With the ATI 6004 Signature in the system, the Teldec recording presentation was spot on, recreating just right amount of layered stage depth, in the correct scale and semi circled seating arrangement as any typical orchestra should. The spatial cues were rendered well enough just to sent you “there” in to the recording time and space. The amp had more than ample muscle to faithfully playback even the most dynamic passages of the Dovrak symphony, without any hint of struggling to keep up, like most amplifier of lesser Watts.

Again comparing to the ATI 6002 Signature, which just screams muscle all day & all night, kinda like Arnold Schwarzenegger in Terminator movie series, all muscle, minimum emotion. The ATI 6004 Signature is still flexing it’s muscles alright, but just with that bit more humanity in it’s performance, much like Channing Tatum looking for his lost daughter in White House Down. There’s more subtleties to the way the 4 channel ATI handles music, with just enough shading of emotional nuances, and spatial contrast to make the whole presentation “live” again with each recording playback. In other areas where performance matters, at least to me they do, namely noise floor is nearly totally zero, which results in superb level of transparency. I would go so far to call this amplifier as technically a wire with a lot of gain!

I did not managed to find anything I didn’t like about this amplifier, but many to love about it. The only thing I can complain is perhaps the price? Retailing at RM$34k a piece is quite a lot to pay for a wage earner like me. However, factor in the weak local currency exchange factor, all imported hifi gears suddenly became more expensive by 20% or so in last couple of months. That aside, in certain high end audio circles, I am sure RM$34k is just chump change, and will result in the ATI 6004 Signature be overlooked by the default of price, well that’s their lost.

For those whose speakers allows bi-amping/bi-wiring, I urge you to take the path less travelled, and experience the journey for yourselves with the ATI 6004 Signature in power, of course! 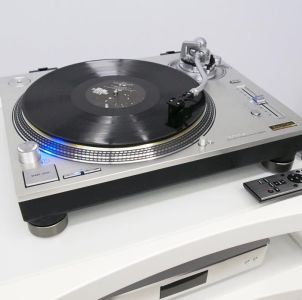 Kuala Lumpur International AV Show KLIAVS 2018: What a difference a cable made July 26, 2018

6000 Series amps have same amp module for each ch. They all sound almost the same. The reason for different sound between models is the transformers feeding those modules and the way they share Transformers. In my 6007 there are one big TR and one smaller TR. Big one feeds 4ch, sm feed 3ch.

6000 Series amps have same amp module for each ch.
They all sound almost the same. The reason
for different sound between models is the transformers
feeding those modules and the way they share Transformers.
In my 6007 there are one big TR and one smaller TR.
Big one feeds 4ch, sm feed 3ch.