That did not seem too long ago and now the recently announced DLA-X5500, DLA-X7500 and DLA-X 9500 has effectively replaced the former Series which, at the time of their inception had brought about a near revolutionary increase in brightness and contrast ratio performance. And they achieved that without any negative effect to the black level performance that JVC home theatre projectors are renowned.

Looking practically identical to the previous models the new X Series, according to Steven Woo of Klingen & Erlesen, distributor for JVC projectors in Malaysia, offers increased brightness as well as a dedicated HDR (High Dynamic Range) mode with automatic detection to optimise on the dramatically improved visuals that 4K software such as UHD Blu-ray has to offer.

Woo also revealed that the new X-Series will be set up for a special demo programme at the coming KL International AV Show 2017along with its flagship model the laser powered 4K DLA- Z1 model.

All JVC products can be reviewed at the KL International AV Show 2017, July 28-30 at the Sunway Putra Hotel (former Legend Hotel). 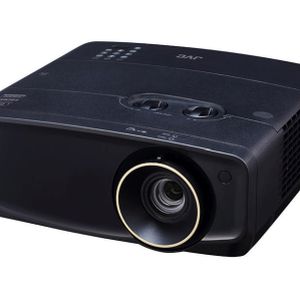