Despite the fact that the KLIAVS 2019 was held in a different hotel which posed lots of problems to exhibitors in terms of room acoustics, it was quite a successful show in terms of overall sound and image quality.

This year, I feel that there is no overall winner simply because the exhibitors really became competitive and set up dazzling top-class systems to try to outdo each other. I chatted with several audiophiles who were at the show and read the comments on Facebook and there were differing views on which room had the best hi-fi system. In other words, there was no clear-cut winner.

For me, I had to struggle to decide which system was the best. The one in AV Designs’ room had a fantastic pair of speakers – the PMC Fenestrias which are among the best that I have ever heard so far. Word must have gotten around that there was something good going on inside AV Designs’ room because there were people queuing up for the hi-fi and AV demos which were held alternately.

The one in Perfect Hi-Fi’s room had a fantastic pre and power amp – the Nagra HD preamp and the Nagra HD monoblock power amps. The Nagra pre/power amps sounded so fast and dynamic – at times it was explosive – that the listening experience was sheer joy and exhilarating. The Nagras are among the best pre/power amplifiers that I have ever heard.

The hi-fi system in YL Audio’s room created a large-scale sound that was so emotional that it touched the hearts of many listeners.

So there you are – three systems that stood out above the rest. And only by just a little as Centre Circle’s room with the top-end Kharma Exquisite Classique speakers, VAC pre/power amps, VPI turntables with DS Audio optical cartridges was very impressive too. It was surely Centre Circle’s best performance in a long, long time.

These are my picks for the ‘Best Hi-Fi Systems’ of the show.

LS3/5A sifu Jo Ki conducted the hi-fi demo in AV Design’s room which featured the PMC Fenestria speakers. These speakers were the star components in the system which comprised a full TAD reference-level set of CD player, pre and monoblock power amps, and WyWires cables.

Kronos owner and designer Louis Desjardins was in town to launch the super-cap power supply for his Kronos Sparta turntable. He played two lacquer discs for me and the sound was as close to the recording studio as one could get. YL Audio’s system comprised the Kronos Sparta turntable, the new power supply, Kronos phono preamp, Absolare pre and power monoblocks and Sonus Faber Serafino Tradition speakers. According to James Chin of YL Audio, the speakers were fresh out of the box. Cables were from Echole while nine Frank Power Banks cleaned and beefed up the power supply. James Chin played an LP – Soulville by the Ben Webster Quintet which was a 1957 recording. The music was so soulful that I left the room fully satisfied by the fabulous sound.

The star components in this system were the Nagra HD preamp and the HD monoblock power amps. They exerted so much control on the Sonus Faber Amati Tradition speakers that they sang like birds. I am sure the Nordost cables and accessories must have helped too. Other components in this system were the Kronos turntable and Audio Research CD player. The turntable and CD player were top-flight components too, but the Nagras sounded so fast and ‘explosive’ that many audiophiles left the room with the feeling that they had heard the best system in the show.

Centre Circle had always set up many systems and had numerous components on static display in their room in previous AV shows. This year, they decided to assemble a no-holds-barred system comprising the Kharma Exquisite Classique speakers driven by the VAC Statement 450 iQ monoblock amps, the VAC Statement preamp with the sources being VPI turntables and DS Audio optical cartridges. I was told the Kharma speakers cost around half a million ringgit and the sound in this room was monumental, classy and sophisticated. If not for the stiff competition this year this system would have been in the top three.

In the past, Absolute Sound’s rooms had been marred by peculiarly-shaped listening booths, mismatching of components (in my view, at least) and wrong selection of demo tracks. This year, they set up two simple systems and both of them sounded well matched and the upbeat demo tracks showed off their prowess. This room featured the FM Acoustics 155 preamp, the FM Acoustics 108 power amp and the Focal Sopra 3 speakers. Source was either the Transrotor Max turntable or a dCS streamer. For the past few years, the fabled FM Acoustics pre and power amps failed to impress Malaysian audiophiles, but this year was different. The system matched very well and could really rock. On the last day, the owner of Absolute Sound, Ben Chia, was inspired and played Santana real loud streaming files from a laptop to the dCS. This system rocked and rolled, from Black Magic Woman to Oye Como Va.

Audio Note’s flagship turntable, the TT Three, was paired with the Audio Note SORO Phono SE Signature integrated amp and the Audio Note AN-E/SPe HE speakers in this room. The integrated amp pumped out all of 18 watts, but as with all Audio Note amps they were beautiful watts and were more than enough to make the high-efficiency speakers (97.5dB sensitivity) play loud even with rock songs. I noted that the music had nice timbres and good dynamics while the imaging was ‘solid’ and stable, and the rhythm was rocking.

The other simple system set up by Absolute Sound proved that sometimes simple things in life can add up to an abundance of pleasure. This system comprised the Esoteric K-01Xs CD player and Esoteric Grandioso F1 30-watter Class A integrated amp and Focal Spectral speakers. The room was largish, but the system filled it with quite good music. It shows that the new Focals have been tweaked to be easier to live with – in the past they mostly had a bright treble that could be too strident.

Graham Audio has been remaking British classic speakers and its version of the venerable LS3/5A has been hailed as almost identical in sonic signature to the original BBC classic. In the Dong Fong/Audio Note Malaysia room, there was the Graham Audio LS5/8, which is a very large bookshelf speaker, perhaps a bit too large for the room. The LS5/8 speakers were driven by a Vitus integrated amp with a Brinkmann turntable as source. They sounded very British with good midrange (i.e. excellent vocals), decent treble and a ‘fattish’ bass that was – unfortunately – made worse by bass boom caused by poor room acoustics. But for those who grew up with the British Sound, the system sounded nostalgically good.

The large horns of the Avantgarde Uno Fino XD speakers were positioned very close to the front row of listeners, but the sound was not shrill. The bass was not overpowering or boomy either – but that was because Issac Ho had tuned it with room correction. The Avantgarde horns were driven by the Aavik U300 integrated amp. I have heard Aavik amps before and have found them to be on the polite side of the sonic spectrum; perhaps it was the Aavik’s politeness that made this system quite enjoyable to listen to. 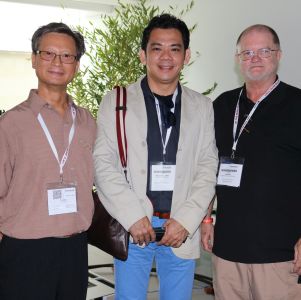 News The first Malaysian I met at the High End show in Munich May 19, 2017 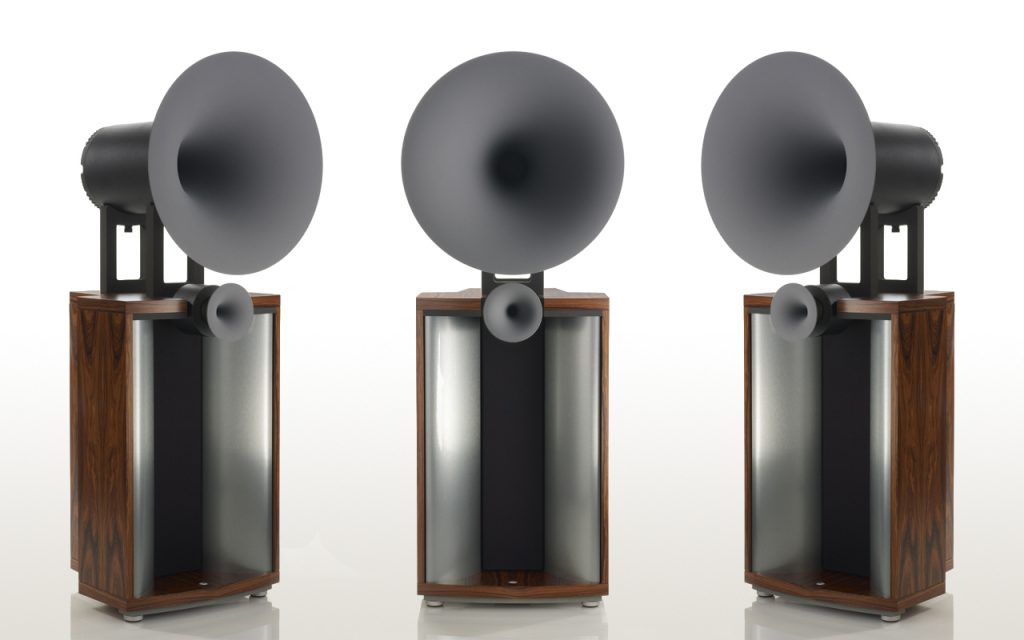 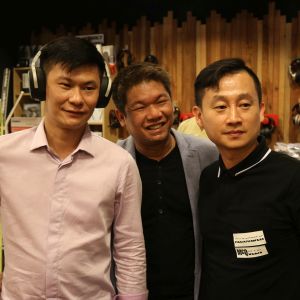