I had been wondering why ELAC kept getting listed in the “Best Speakers” categories of various hi-fi websites after legendary speaker designer Andrew Jones joined the German firm in 2015.

I have heard ELAC speakers in the Kuala Lumpur International AV Shows, but it was my first time listening to them for an extended period when a pair of VELA BS 403 speakers was sent to my house for review recently.

From the outset, I have to state that the speakers’ JET 5 tweeters, which are rated to go up to 50kHz, were among the best I have heard. On further research, I discovered that it was ELAC’s version of the legendary Air Motion Transformer tweeter invented by Dr Oskar Heil.

The JET 5 tweeters created a very extended treble that was clean and transparent. It was textured and yet ‘light’ and pure.

The problem with this kind of treble quality would be to fuse it seamlessly with the mids and lows. Surprisingly, the ELAC speakers managed to pull it off and there was no disjointed anomaly noted in the overall sound quality.

They have a complex design which have a trapezoid shape and are angled rearward. The down-firing port is incorporated into the design and fires towards an aluminium base plate. The high-gloss lacquered finish gives the speakers a really classy and expensive look.

The other unusual technology that ELAC has used is the unique crystal membrane bass driver. The surface of the cone is like the surface of a cut diamond with numerous facets.

Based on ELAC’s Aluminum-Sandwich AS Technology, the crystal-shaped inverse aluminum dome is joined to the paper cone in a special gluing process to result in the desired sandwich construction. “Resembling the surface of a large crystal, the aluminum-foil stamping stiffens the aluminum dome, diminishing resonances and minimizing coloration, while improving power handling and dynamics. The voice coil design of the midrange and bass drivers results in an expanded range of the respective drivers by nearly an octave,” ELAC’s website states.

I must admit that the cone of the woofer looks really attractive like some expensive jewellery.

I placed the BS 403 speakers on a pair of TAOC AST-60HB speaker stands and connected them to my reference system comprising the Bryston 4BSST power amp, the Lamm LL2 Deluxe preamp, the Wyred4Sound DAC2 and YS Audio Encore CD transport. Initially I used the Kimber 12TC speaker cables and then I switched to the DH Labs Q10 speaker cables to bi-wire the speakers. Bi-wiring resulted in better defined images and a slightly larger soundstage.

ELAC recommends listening to them in the equilateral triangle fashion and I tried that with the speakers seven feet apart (measurement taken from the middle of the bass cones) and 40 inches from the rear wall which provided the best tonal balance. Note this will change according to your listening room’s dimensions.

I also tried listening to them in the conventional way with them seven feet apart and slightly toed-in with me in the sweet spot about 10 feet away.

The speakers were versatile in that both listening positions provided very satisfying experiences, but I felt that the equilateral triangle method provided a more intimate experience with the singer placed just in front of the listener and the musicians spread out behind the speakers.

Compared with the resident ATC SCM50 floorstanders, the soundstage and images were noticeably smaller and the BS 403’s bass could not reach to subterranean levels. This was to be expected given the size of the ELAC speakers.

However, the bass that was present was rhythmic and lively. Imaging was solid and stable and the sheer transparency of the tweeter resulted in a very detailed sound. Overall, the sound quality was more on the neutral side of the spectrum and the star component was the JET 5 tweeter which created high notes that soared effortlessly into the blackness. 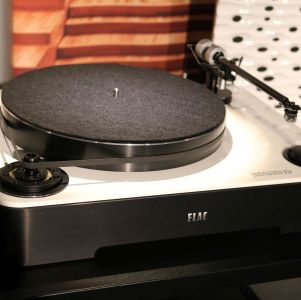 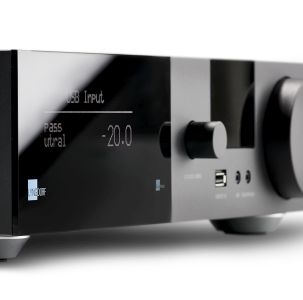 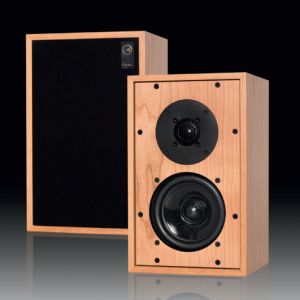