How do you match a pre amp to a power amp?

Questions › Category: Questions › How do you match a pre amp to a power amp?
0 Vote Up Vote Down

Hello,
What are the rules or guideline to match a pre amp and power amp if both of them are of different brands or series? Some say we need to ensure the gain is matched. Some even mix between a tube pre amp and solid state power amp. Care to share your experience?

0 Vote Up Vote Down

Some DAC/preamps (like the dCS) have adjustable output voltages. Strangely enough, people who have played the dCS Puccini CD/SACD player-cum-DAC-cum-preamp (actually it is a digital volume control), which has 2V or 6V output, say the higher setting sounds better even though you would initially think the 6V would overload the power amp. So if you have a preamp or DAC/preamp with variable output voltage, you have to experiment.

For the benefit of other audiophiles, I managed to find this informative article from http://www.decware.com/paper55.htm. Please read this:

To select an ideal preamp you must know two things:

If your CD player or other source has an output level less then or greater then 2 volts, you need to know this. On the same note, if you power amplifier has an input sensitivity less then or greater then 1 volt, you need to know that too. Once you know for sure what your voltages are you are well on your way to picking the right preamp.
Lets look at these two terms so we understand exactly what they are.
The output voltage of your source is a constant level, and does not change unless your source has a “variable output”. This 2 volts of signal (music) drives the input stage of your power amplifier or it drives the input stage of your preamp which in turn drives the input stage of your power amp.
The input sensitivity of an amplifier simply means how many volts are required to bring the amplifier to full power. Any amount of voltage beyond this figure will make your amplifier try to put out more power then it actually has, the result is called “clipping”.
So it stands to reason that in all cases a preamp is used to control the voltage from the source. You can figure that when the preamp volume is all the way down, you have ZERO volts – hence no sound from the amplifier. As you turn the volume knob up the voltage increases as does the sound you hear from your amp. The ideal working range on a volume control should be somewhere between 1/4 and 3/4 of the way up to hit your normal listening level . This means your preamp would actually never be adding any voltage to it’s input signal – also known as “gain”.
When do you want “gain” in a preamp? There are two reasons you might want gain in a preamp:

Some amplifiers can need up to 5 volts to bring them to full power, Decware amps are all set to reach full power with 2 volts. On the flip side I have seen amplifiers that needed only ½ volt to come to full power.
Some modified CD players could have less then 2 volts, and some DACs could also have less then 2 volts. (Although most DACs have at least 2 or slightly more volts – in some cases up to 5)
Vinyl lovers know that it can be sometimes difficult to find a cartridge and phono stage combination that they like with a full 2 volts of output. I’ve seen many with closer to 1 volt.
In the case where your source has say only 1 volt, and your amp has an input sensitivity of say 2 volts you will absolutely need a preamp with some gain, otherwise you’ll never be able to play your amplifier near as loud as it could go. Even if you have super high efficiency speakers and listen at very soft levels, your music will still suffer from a lack of dynamics and weight.
Once you make the determination that you either need gain or don’t need gain, you will have narrowed down your choices considerably. In either case, gain or no gain, there is one more thing to consider and that is called “impedance”.
All sources and preamps have what is called “output impedance”. Think of it as the units ability to drive difficult loads, like might be experienced with super long interconnects, or obnoxious amplifiers.
On the flip side, all amplifiers have what is called “input impedance”. Think of it as the difficulty level the amplifier imposes on the preamp or CD player.
As a general rule, the lower the output impedance is, the better it will drive difficult loads. And, the higher the input impedance is the less difficult it is to drive. A good example of a happy situation is a preamp with an output impedance below 1000 ohms driving an amplifier with an input impedance of 100,000 ohms.
Most stock CD players have a fairly low output impedance, but unfortunately power amplifiers are all over the place, ranging between 10,000 ohms and 500,000 ohms. The most common figure is around 50Kohms.
50Kohms is a load that most sources and preamps can drive without problems. The exception might be when a preamp with a fairly high output impedance trys to drive a 50Kohm amplifier through extra long interconnects. The result can often be either rolled off bass response or lack of dynamics or both. You don’t want it to sound thin, so you run short interconnects. If the preamp had an advertised low output impedance then it wouldn’t matter if the power amp was clear on the other side of the house, it would still have solid dynamics and weight without rolled off bass response. 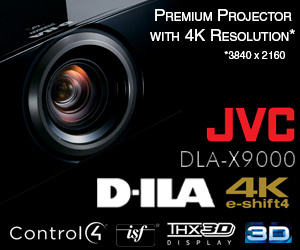